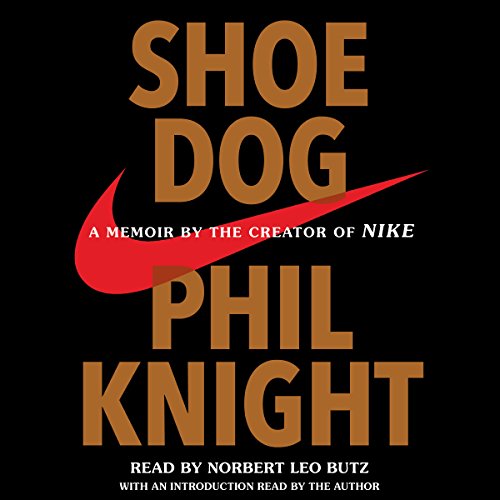 “Shoe Dog” is a memoir by Phil Knight, the co-founder of Nike. The book details the history of the company, from its humble beginnings as Blue Ribbon Sports to its rise as one of the most recognized and successful global brands in the world.
The book starts with Knight’s early days at the University of Oregon, where he became a fan of track and field and developed a passion for running. He then goes on to describe how he came up with the idea of starting a business importing and selling low-cost, high-quality Japanese running shoes in the United States. He then went on to establishing Blue Ribbon Sports, which was later named as Nike.
Knight describes the many challenges he faced in building Nike into a successful company, including difficulties in securing funding and manufacturing deals, intense competition from other shoe companies, and the need to constantly innovate and adapt to changing market conditions. He also talks about the people who helped him along the way, including his early partners and employees, as well as the company’s first athletes, who helped to build Nike’s reputation as a sports brand.
Throughout the book, Knight is honest about his own personal struggles and the mistakes he made along the way. He also discusses his thoughts on the importance of leadership, the role of creativity in business, and the importance of staying true to one’s values and beliefs.
In conclusion, “Shoe Dog” is a fascinating and inspiring memoir that provides an inside look at the creation and growth of one of the world’s most iconic brands. It is also a story of one man’s journey to build a company and find his place in the world.
BUY IT HERE !

Quote of the day

What you don't know can't hurt you.
Japanese Proverb

Some posts may contain affiliate links, meaning I get a commission if you decide to make a purchase through my links, at no cost to you. Thank you if you use my links, I really appreciate it!

CALENDARS.com - The BEST SELECTION of Calendars in the Known Universe. Get Free Shipping Today!

Listen to many, speak to a few.
William Shakespeare

Get tips and motivation directly in your inbox!