The Woman in the Window: A Novel

For readers of Gillian Flynn and Tana French comes one of the decade’s most anticipated debuts, published in forty-one languages around the world and in development as a major film from Fox: a twisty, powerful Hitchcockian thriller about an agoraphobic woman who believes she witnessed a crime in a neighboring house.

Anna Fox lives alone—a recluse in her New York City home, unable to venture outside. She spends her day drinking wine (maybe too much), watching old movies, recalling happier times . . . and spying on her neighbors.

Then the Russells move into the house across the way: a father, mother, their teenaged son. The perfect family. But when Anna, gazing out her window one night, sees something she shouldn’t, her world begins to crumble and its shocking secrets are laid bare.

What is real? What is imagined? Who is in danger? Who is in control? In this diabolically gripping thriller, no one—and nothing—is what it seems.

Twisty and powerful, ingenious and moving, The Woman in the Window is a smart, sophisticated novel of psychological suspense that recalls the best of Hitchcock. 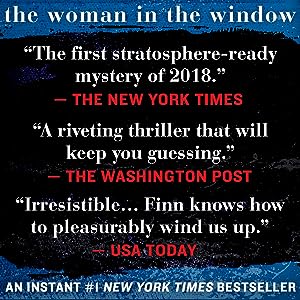 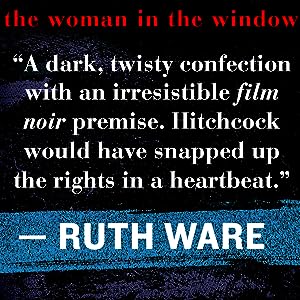 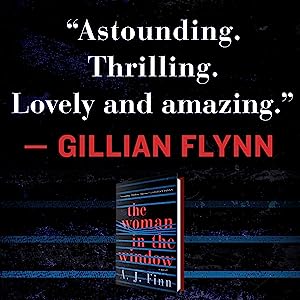 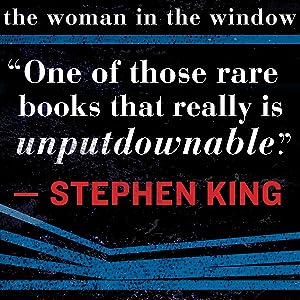 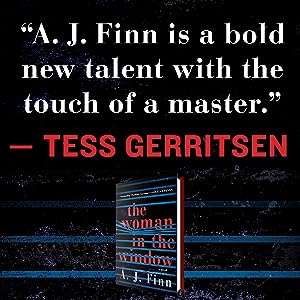 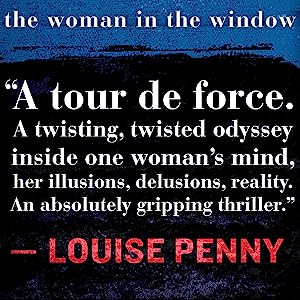 NOW AN EMMY-NOMINATED HULU ORIGINAL SERIES • NEW YORK TIMES BESTSELLER • “A stunning novel about the transformative power of relationships” (People) from the author of Conversations with Friends, “a master of the literary page-turner” (J. Courtney Sullivan).

ONE OF THE TEN BEST NOVELS OF THE DECADE—Entertainment Weekly

Connell and Marianne grew up in the same small town, but the similarities end there. At school, Connell is popular and well liked, while Marianne is a loner. But when the two strike up a conversation—awkward but electrifying—something life changing begins.

A year later, they’re both studying at Trinity College in Dublin. Marianne has found her feet in a new social world while Connell hangs at the sidelines, shy and uncertain. Throughout their years at university, Marianne and Connell circle one another, straying toward other people and possibilities but always magnetically, irresistibly drawn back together. And as she veers into self-destruction and he begins to search for meaning elsewhere, each must confront how far they are willing to go to save the other.

Normal People is the story of mutual fascination, friendship and love. It takes us from that first conversation to the years beyond, in the company of two people who try to stay apart but find that they can’t.

“[A] novel that demands to be read compulsively, in one sitting.”—The Washington Post

“[Rooney] has been hailed as the first great millennial novelist for her stories of love and late capitalism. . . . [She writes] some of the best dialogue I’ve read.”—The New Yorker

Written with gemlike precision and marked by a sly sense of humor, Conversations with Friends is wonderfully alive to the pleasures and dangers of youth, and the messy edges of female friendship.

Delve deeper into the Emmy- & Golden Globe–nominated Hulu series based on Sally Rooney’s bestselling novel with this must-have collection of the Normal People scripts, featuring behind-the-scenes photos & an introduction by director Lenny Abrahamson.

The Body Keeps the Score: Brain, Mind, and Body in the Healing of Trauma

“Essential reading for anyone interested in understanding and treating traumatic stress and the scope of its impact on society.” —Alexander McFarlane, Director of the Centre for Traumatic Stress Studies

Trauma is a fact of life. Veterans and their families deal with the painful aftermath of combat; one in five Americans has been molested; one in four grew up with alcoholics; one in three couples have engaged in physical violence. Dr. Bessel van der Kolk, one of the world’s foremost experts on trauma, has spent over three decades working with survivors. In The Body Keeps the Score, he uses recent scientific advances to show how trauma literally reshapes both body and brain, compromising sufferers’ capacities for pleasure, engagement, self-control, and trust. He explores innovative treatments—from neurofeedback and meditation to sports, drama, and yoga—that offer new paths to recovery by activating the brain’s natural neuroplasticity. Based on Dr. van der Kolk’s own research and that of other leading specialists, The Body Keeps the Score exposes the tremendous power of our relationships both to hurt and to heal—and offers new hope for reclaiming lives.

A perfect companion for individual worship or for group Bible study, this 12-month journal features:

A Gentleman in Moscow: A Novel

From the New York Times bestselling author of Rules of Civility and the forthcoming novel The Lincoln Highway, a story about a man who is ordered to spend the rest of his life inside a luxury hotel—a beautifully transporting novel.

The mega-bestseller with more than 2 million readers, soon to be a major television series

In 1922, Count Alexander Rostov is deemed an unrepentant aristocrat by a Bolshevik tribunal, and is sentenced to house arrest in the Metropol, a grand hotel across the street from the Kremlin. Rostov, an indomitable man of erudition and wit, has never worked a day in his life, and must now live in an attic room while some of the most tumultuous decades in Russian history are unfolding outside the hotel’s doors. Unexpectedly, his reduced circumstances provide him entry into a much larger world of emotional discovery.

Brimming with humor, a glittering cast of characters, and one beautifully rendered scene after another, this singular novel casts a spell as it relates the count’s endeavor to gain a deeper understanding of what it means to be a man of purpose.